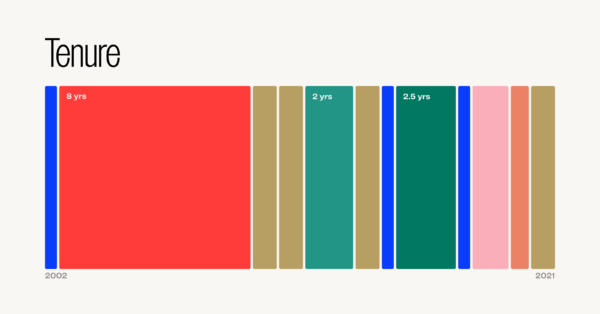 How does that 20 years break down? A not-inconsiderable amount was spent learning the trade. That big red block up front was invaluable in terms of figuring out how to do the work – not just well, but fast.

IMO folks should do a stint in an agency before joining a startup. Agencies live or die by getting work out the door, startups (can) have a more lackadaisical approach. “Speed” is a difficult skill to pick up in environments where it doesn’t matter as much. 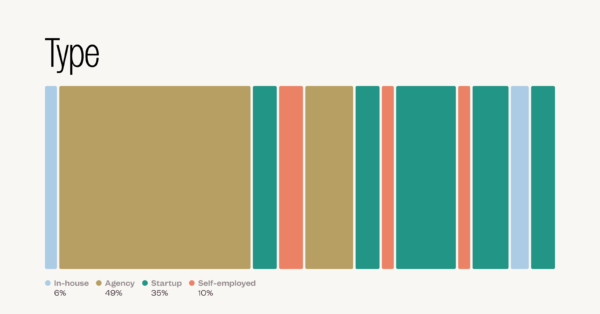 Surprisingly (to me!) the majority of my career has been spent at agencies, although you can see the shift to product in the back half. Maybe I’m overdue for an oscillation back to agency life. 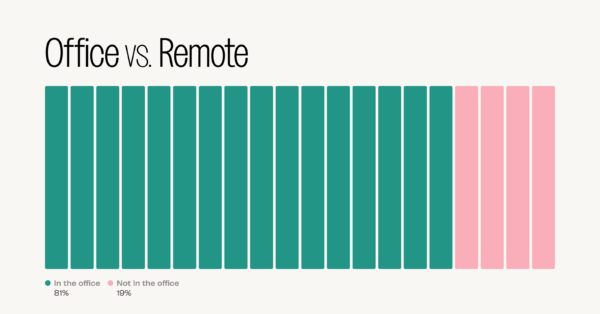 I expect the pink section of this graph will extend forever – I will not be going back to a daily commute. Are there benefits to meeting in person? Yes, of course. Do I need to be in an office every day to realize those benefits? Absolutely not. So far, once a quarter seems good.

If you’re counting bars you’ll note I boarded the remote work train before it became the default. I didn’t make a graph to measure burnout, but the two are not uncorrelated. I have often defaulted to caring about work first, my well-being second. Turns out: not a great idea! 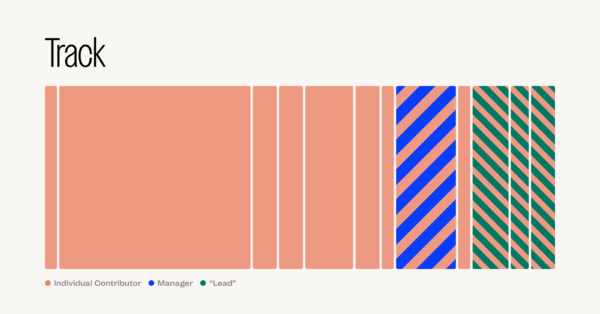 There has never been a period in my career when I haven’t been hands-on! Is this unusual? I dunno! I feel extremely blessed to have had the experience of being a manager (ilu direct reports), but ultimately I don’t think that’s where I’m necessarily the most useful.

“Lead” is a bucket that contains ‘responsibility for strategic initiatives but not people wrangling’, whatever my actual job title is – which is, I think, a better place for me. I’m happier there. 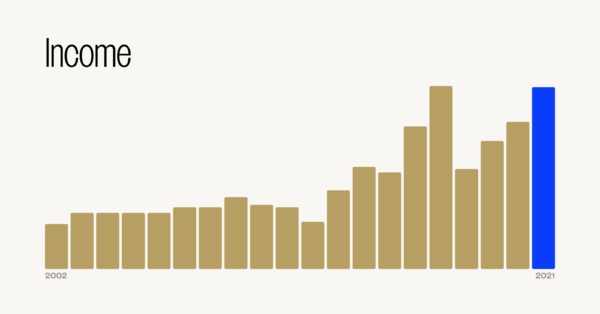 Here’s the literal money shot – I haven’t filed taxes for 2021 but I think it’s safe to assume nothing’s going to significantly move the needle in the next 12 hours. You’ll note a steep dive around 2018 – as noted above, that’s when I had to step back due to burnout.

I’m now back to the previous high-water mark, but clearly it wasn’t instantaneous. I also tend to think I’m probably coming close to the ceiling for product design positions in Toronto. I’m making a very considered tradeoff, considering US salaries. 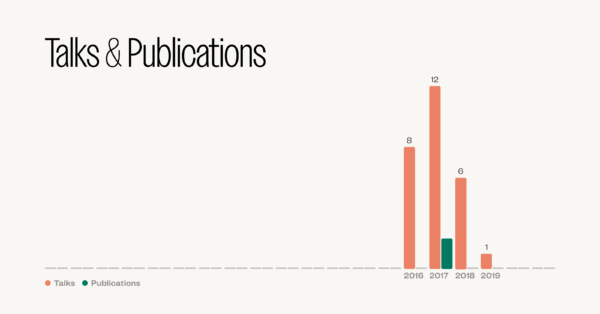 I did talks across Canada, in NYC and London! Given the timeframe this is clearly me surfing the wave of Wealthsimple’s brand presence, but I’d like to think I had interesting things to say in my own right. I’m an introverted person, but I love public speaking. Go figure. 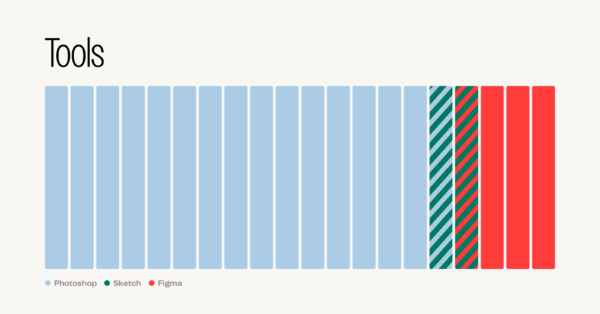 “Do a silly one” – Okay so I held on to Photoshop way longer than I charitably should have. That’s all there was back when dinosaurs roamed the earth. I can’t imagine not working in Figma these days. 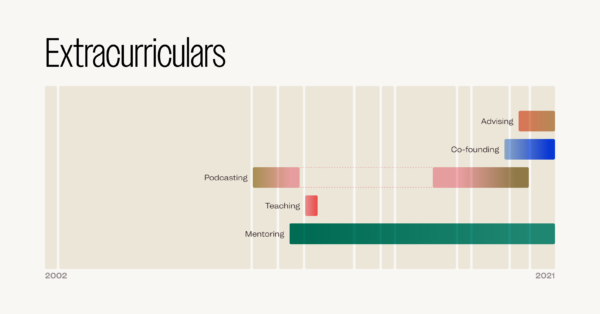 There’s a lot of stuff not represented in this tidy narrative, a lot of invisible work around networking, professional development, stretching myself and giving back to the community. My main takeaway is to keep planting seeds – it’s hard to see what will bloom a year from now.

Heading into 2022 my strongest feeling is optimistic uncertainty. I’m at a point in my career where I can’t confidently say what the next year (or 20 years!) will look like, and I think that’s exciting. As always, my thanks to those with me on this voyage. See you in 2022.